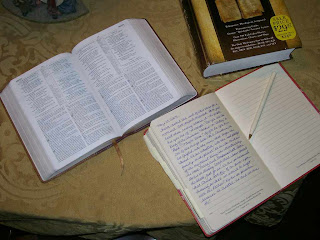 I will praise You as long as I live, and in Your name I will lift up my hands. Psalm 63:4


04/10/09 The author of this Psalm, David, had many experiences that could have kept him from praising God. Yet, he declares in this verse that he would praise God for as long as he lived! After being anointed as Israel’s next king, he may have been impatient to begin that calling upon his life. But he waited for God’s timing to make him king rather than sinning against God by taking the life of Saul, God’s anointed. He didn’t allow adultery to come between him and the Lord. He accepted God’s forgiveness for his murder of Bathsheba’s husband, Uriah, to hide his own sin. He grieved, but acknowledged God’s will when the Lord took the life of his and Bathsheba’s son. A thoroughly dysfunctional family sat around the king’s table. Do you commit to praising the Lord everyday even though your life is no more a bed of roses than David’s was? Do it, now. Praise Him!